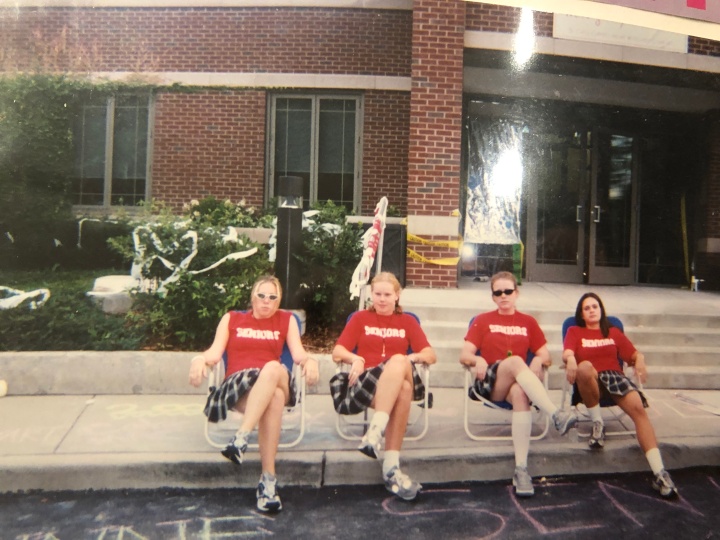 Fun fact: I used to be really shy. So shy, in fact, that I used to make my sister ask strangers where the bathroom was or for directions or give my order if we were at a restaurant.

This fact usually shocks a lot of people because I’m a pretty big extrovert now and there are a lot of reasons that probably happened, but the biggest reason was my all-girls education in high school.

I was lucky enough that my parents basically forced me to go to an all-girls school. I say forced because they always knew I would attend Woodlands Academy, which was a part of the same network of schools that my mom had attended as a teenager but gave me the illusion that I had a choice. I looked at another Catholic high school and another all-girls school and ultimately wanted to go to the coed one because at the time my 8th-grade boyfriend was also attending that school. FYI, that same boy came out in college so thirteen-year-old Alex was blessed that she didn’t follow him to high school!

Basically, my mom had loved her all-girls education and wanted to bestow that treasure on me. “These girls will be your friends for life” was a phrase I heard a lot – and not just from my parents, but from teachers and past students alike.

And dammit if they weren’t right. Not only was Woodlands female only, but it was a small school. My graduating class only had 52 students. We all knew each other. Not only did I know every girl in my class, I knew every student in the school. I knew every teacher, administrator, and probably a lot of parents. All that to say, you can’t hide. Hiding was a specialty of mine in grade school. I didn’t want to be laughed at by the mean girls or the cute boys so I didn’t raise my hand even when I probably should have.

But take away the boys and you don’t have that concern anymore, and sure there are still mean girls but you care way less about what they think because again there are no boys so it’s not like I’m really competing with them for attention. They’re just girls. And I’m just a girl and we have the same issues.

You also have way more opportunities to try things you might not have out of fear, being laughed at, or people thinking you’re a nerd. I played sports, but also helped edit the literary magazine which was a skill I took into college by editing the student newspaper and I was made fun of for a lot because it wasn’t drinking beer or partying, but I didn’t care because I had the confidence to not care what other people thought and the skills to make fun of myself alongside my friends because it really doesn’t matter what anyone thinks but me…and it’s great for my resume. I mean, I didn’t have any trouble finding a job post college! 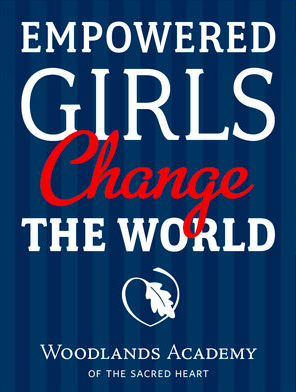 I recently read an article that talked about a new study conducted by The Higher Education Research Institute (HERI) at the University of California-Los Angeles (UCLA) to see if there were real benefits to single-sex education, and specifically for women. They compared self-confidence, academic achievement, political engagement and aspirations of girls’ school graduates vs coeducated peers to see if one or the other were better prepared for college and beyond. The results said girls who had completed single-sex education had stronger academic skills and were more engaged in school.

The ones that stuck out to me though were that girls from single-sex schools demonstrated higher self-confidence and exhibited increased political engagement which I find true of me and all my fellow graduates from Woodlands Academy.

I came into high school as a shy, introverted kid and left a confident(ish) young woman who was way more prepared for college and WAY more into women’s rights. It should be no surprise women and women’s rights are talked about a lot at an all-girls school.

I just think you leave an all-girls school after graduation thinking you can accomplish anything because there are no men telling you it’s impossible or they give the opportunities to the boys first. There are no boys, so there isn’t that competition or like I said before the caring about what a boy might think of you if you participate in something they consider “lame”.

And my mom was right, those girls I met in high school are still some of my best friends today and that’s just an added benefit to what already stands out to me as an amazing education.